This journal studies human speech in all its manifestations. The average person in today's world speaks at least one native language in its standard and/or dialectal forms and speaks at various levels of proficiency at least one more languge that is acquired simultaneously or consecutively in instructional or immersion settings. The term speech is used here to mean oral rather than written language and is an umbrella term to refer both to the physical aspects of the ability to speak/communicate as well as the cognitive aspects involved in the human linguistic faculty. Gestural (sign) language, i,e, the language of manual communication is known to display, by and large, the same fundamental properties as spoken language, and as such is a type of speech. More about the journal. 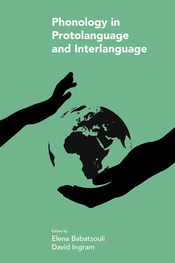