Esther Eidinow is Professor of Ancient History in the Department of Classics and Ancient History at the University of Bristol. She has published widely in the field of ancient Greek religion, including Oracles, Curses, and Risk Among the Ancient Greeks (2007, repr. 2013) and Luck, Fate and Fortune (2011). She is Senior Editor of the Journal of Cognitive Historiography.

Luther H. Martin is Professor Emeritus of Religion, University of Vermont. He also has been a Distinguished International Fellow at the Institute of Cognition and Culture, Queen’s University Belfast, and a Visiting Professor at Masaryk University, Brno, Czech Republic. He is the author of Hellenistic Religions (1987) and of numerous articles in this field of his historical specialization. He has also published widely in the field of theory and method in the study of religion, especially, in the area of cognitive theory and historiographical method, and has coedited several volumes in this area, including Past Minds: Studies in Cognitive Historiography (2011). He is a founding member of the International Association for the Cognitive Science of Religion and is co-editor of its Journal of the Cognitive Science of Religion.

Irene Salvo is A.G. Leventis Research Associate in Hellenic Studies at the University of Exeter. Her area of expertise is ancient Greek history, with a focus on religion and material culture. Her publications investigate purity and pollution, gender and queerness, magic, health and healing rituals, emotion, embodied cognition, the history of knowledge and education, and neuropsychology.

Francesco Buscemi is Assistant Professor in the chair group History of Government and Politics in Modern Times at the University of Groningen. After receiving his Ph.D. in History at the Université Paris 1 Panthéon-Sorbonne and the Scuola Normale Superiore (Pisa), he was a Visiting Associate Fellow and Ermenegildo Zegna Founder’s Scholar in the Department of History of the University of Warwick (2016-2018). From 2018 to 2021 he was a postdoc and a researcher at the Center for the History of Emotions of the Max Planck Institute for Human Development, Berlin. His research deals with the social history of emotions in modern times. He works primarily on the eighteenth and nineteenth centuries, spanning a broad range of topics focusing on the cultural aspects of the French Revolution and the religious culture of the Counter-revolution. Among his research projects: history of oath-taking in modern politics; emotional engagement of political audiences in the age of revolutions; the emotional templates of modern European bureaucracy (1780-1945). 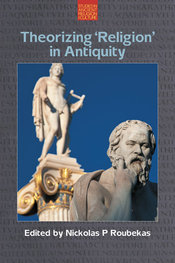