The present study observes the very early stages of children’s storytelling activities in order to investigate how children younger than 3 years old participate in this socially complex activity at a time when both their linguistic and their interactional repertoires are still less than fully developed. Child language acquisition research has reported that children become skilful with narratives around 4 or 5 years of age, and suggests that younger children’s ability to talk about past experience is relatively underdeveloped before that time, when they are still generally poor at providing orientating information about who, when and where. Drawing upon a corpus of naturally occurring interactions in Japanese, my analysis of children’s spontaneous storytelling reveals that despite their limited linguistic resources, 2-year-old children’s participation in storytelling activities are skilfully organized into particular participation frameworks by using the various resources that are presently available to them. This paper thus argues that children’s competence in supplying specific information in their storytelling is not just a function of their developmental trajectory, but is also heavily influenced by the interactional environment that they find themselves in and motivated by the knowledge statuses of themselves and others. It shows conclusively, too, that some 2-year-old children are already quite capable in initiating or in participating in storytelling activity without the adult provision of a scaffolding for content.

Emi Morita is associate professor in the Department of Japanese Studies at the National University of Singapore. Her research interests are interactional linguistics and conversation analysis focusing on linguistic resources such as interactional particles and small vocal tokens, and interaction involving young children. She has published the monograph Negotiation of Contingent Talk: Japanese Interactional Particles Ne and Sa (John Benjamins, 2005), and together with Tomoyo Takagi and Yuri Hosoda, she has co-authored Kaiwabunseki no kiso (Basics of Conversation Analysis; Hitsujishobo, 2016).

Bateman, Amanda and Carr, Margaret (2017). Pursuing a telling: Managing a multi-unit turn in children’s storytelling In A. Bateman and A. Church (eds.).Children’s Knowledge in Interaction. Singapore: Springer.

Miller, Peggy & Sperry, Linda L. (1988). Early talk about the past: the origins of conversational stories of personal experience. Journal of Child Language13. 293-315.

Sacks, Jacqueline (1983). Talking about the there and then; the emergence of displaced reference in parent-child discourse. In K.E. Nelson (ed.), Children’s Language, 4. New York: Gardner Press. 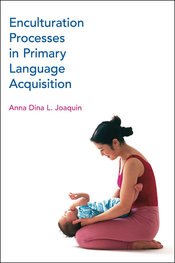