The present study examines the effect that annotation type has on L2 incidental vocabulary retention in a multimedia reading setting. Three annotation types were compared: text-only, picture-only, and a combination of the two. The participants were 151 adult ESL learners at beginning and intermediate language proficiency levels. The participants read a story for comprehension purposes using the Internet. Three types of instruments were used for vocabulary retention assessment: Picture recognition, Word recognition, and Definition Supply tests. The results ANOVA analyses indicate that the Combination group (annotations with text and picture) outperformed the Text-only and Picture-only groups on the immediate tests. The Combination group also outperformed the other two groups on the delayed tests, however, the differences were smaller than those for the immediate tests. There was no significant interaction between annotation type and proficiency level for either the immediate or the delayed tests. Repeated measure ANOVAs revealed no significant differences among the groups in the rate of change between the immediate test scores and delayed test scores. The participants' scores on the delayed tests, regardless of the group to which they were assigned, declined equally from those of the immediate tests.
Published
2013-01-14
How to Cite
Yoshii, M., & Flaitz, J. (2013). Second Language Incidental Vocabulary Retention: The Effect of Text and Picture Annotation Types. Calico Journal, 20(1), 33-58. Retrieved from http://journal.equinoxpub.com/Calico/article/view/994
Download Citation
Issue
Vol 20 No 1 (2003)
Section
Articles

CALICO is published on behalf of The Computer Assisted Language Instruction Consortium (CALICO).Personal  membership includes a subscription to the journal. For more information and to join, please visit the Consortium's website. 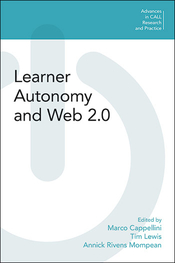